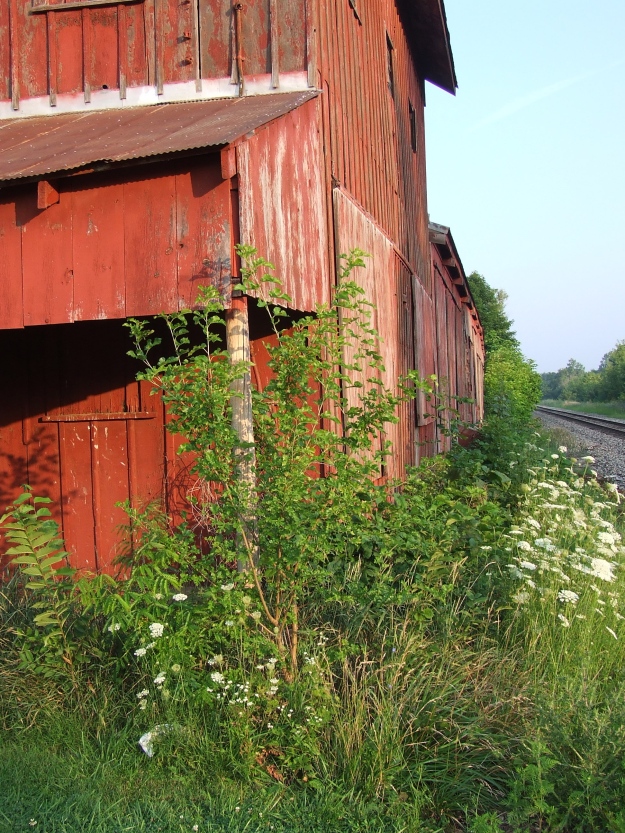 What does it mean to see something, to learn to really look? I have colleagues who do this with stones, who can look at something that would be utterly overlooked by most people– a loose tumulus of rocks beside a road, say, or the exposed side of a hill– and name the minerals, put together the pieces of geological history on display, and tell the stories of the stones. Other people can do this with clouds, perhaps, or stars, with texts on a page or paintings or the way people speak or interact. Is this part of what education is, simply extending one’s knowledge so that new aspects of the world become interpretable? This is likely where the humility of education comes in: the realization that however much one knows or sees, it is only an incredibly small sliver of the overall picture, and sight can go so much deeper in so many different directions.

But there’s an art to simply looking and seeing as well, something that complements and yet remains distinct from simply having knowledge. Something that moves observation closer to aesthetics and philosophy than pure objectivity. The prose of Nancy Hugo and the photography of Robert Llewellyn combine in this book to do this with trees.

They succeed extraordinarily. This is quite simply a stunning book. It opens up a new world, but it does this for a world that we’ve lived alongside, without seeing, for our entire lives. Hugo and Llewellyn examine the properties of ten species of trees common to America: oak, maple, tulip popular, white pine, and others. Most people– myself included– know and love trees in a general way. But the images and text in this work reveal that even the most common trees are almost utterly unknown. On some level I’m sure I knew that any plant producing seeds must have flowers (or cones, on evergreens), but who has seen the flowers of a maple or an oak? But there they are, hidden in the upper branches or the unfolding leaves of spring, captured in this book and shown for the delicate and alien things they are, looking as though they belonged on the waving fronds of some undersea creatures rather than the limbs of trees along my street.

To read this book is to see trees for the first time. I am stunned and stirred awake. To see these forms that seem so staid and unmoving, the background to our daily lives and the shade to our fortunate streets, as dynamic, changing, sexual organisms. People who think Groot in the new Guardians of the Galaxy movie is cool have no idea how alive and alien these common trees really are, from the antenna-like flowers of the red maple to the dangling tendrils of the oak male catkins.

You think there are aspects of the world you have a pretty good handle on, things that you can identify and then safely ignore for most of your life. It’s terrifying and refreshing to realize how much life and newness there is in the world around you. And then you’re struck– how much else am I missing? Not simply in the living, green world around me or taking place under my nose in the garden, but what about in the faces of my family, or the unread texts on pages, or a thousand other everyday occurrences?

The greater part of the phenomena of Nature . . . are concealed from us all our lives. There is just as much beauty visible to us in the landscape as we are prepared to appreciate, and not a grain more. . . . A man sees only what concerns him.
-Thoreau

The High House by James Stoddard

This book is a survivor, one of those volumes that has come through multiple bookshelf purges over the years. It was purchased in an age of Brooks and Jordan and Star Wars novels, but it was solid enough that it remains when most of my pulp paperback science fiction and fantasy are gone. I was reminded of it recently by the graphic novel Joe the Barbarian, so I fished it off the shelf and decided to return to Evenmere, the epigrammatic house of the title, for the first time since childhood.

Evenmere is the central idea and the setting for The High House, which is more of a fable than a fantasy novel. The story is of Carter Anderson, a boy who grew up in the country English manor and only now returns to it as a man. The master keys of the house have been stolen by Anarchists, and Carter has to seek the mantle and the sword of his missing father and take his rightful place of Master of the House. This house, however, is more than a rambling mansion. It is a world unto itself, with entire kingdoms and countries within its rooms, corridors, and courtyards. The image of the house itself is enough for Stoddard to hang his tale on, and the concept comes to life with his descriptive language. Evenmere is Gormenghast done brighter (even with the Room of Horrors). It is a more cosmological version of Wolfe’s House Absolute. It is the extension of the house Susan, Lucy, Edmund, and Peter found a wardrobe within. Stoddard takes the idea of finding an entire world in a cabinet and transforms it into a place where a suite of rooms can be a kingdom without ceasing to also be a suite of rooms.

What is it about this kind of rambling, magical house that has such an appeal in fantasy? Stoddard’s house is a Christian house, the house of the created universe. There is an appeal here to a certain type of fantasy writer (and reader): those who believe the universe was indeed created and that we are all living in our Father’s house. It touches on a way of seeing the universe itself. Stoddard has his main character spell it out after a day of wandering empty corridors:

I love these halls, the crannies and endless passages. The secret panels. The promise of adventure. I think there is something wonderful in all the desolate places. It’s like being a child again, walking outside at night, with the wind stirring the trees, and the sudden fear that something would leap out before I reached the house. But beyond the fear there was a question, a mystery of what inhabits a land when no man is there. What do the trees do when they are alone? And the stones? And this is another desolate place. Think of it, year upon year, and perhaps we are the first ones to walk her halls in many lifetimes.

It is the same thought a friend voiced upon viewing a planetarium show on exoplanets: what does it mean that there are these worlds out there with measurable wind speeds and surface temperatures? How is it significant? In a sense, these places are the empty rooms, the barren corridors. For a writer like Stoddard, they are not simply random or wasted space. They are aspects and portions of a created order. Evenmere is a representation of a universe in which every seam and joining of space was crafted. There is meaning or significance to all of it. The characters spend days walking down empty corridors with dusty sconces and threadbare carpet. But even the empty parts were designed. They are part of the plan of the house. As empty or desolate or far away as they may be, as endless, they are still part of a home.

That’s the power of this book, the idea of a house as an entire universe, which reflects the idea of the entire universe as a house. The rest of the work, unfortunately, has not held up as well as it did when this book first captured me. The characters, though likable, are wooden and predictable. Besides their names, it is difficult to tell one from the other. It is a fable, not a character piece. You follow an Everyman on an adventure through the house, an adventure in which there are no deep personal twists or surprises or stakes beyond the survival of the universe itself. The bad guys, including the Wicked Stepmother, are unequivocally bad. The good guys have to wrestle with their own weaknesses but never in a way that transforms how they think. Everyone is on a set trajectory from the novel’s very beginning. In fable though, these are not necessarily weaknesses.

More disappointing reading this as an adult was the realization that the central theme, a house that is a universe unto itself, could have gone so much deeper. Stoddard’s Evenmere is beautiful, but about halfway through the novel I started getting tired of wandering its corridors. The world of the house starts to become simply an endless variation of architecture and decorating along with a network of secret passageways, all painstakingly described. But a house is so much more than that. There’s an entire universe in the plumbing alone, or the chimneys and gas pipes, or a hundred other things that could have been brought into play. Stoddard has written a sequel to this work that I have not yet read, and he is apparently working on a third novel as well, so perhaps these are aspects of the house he will explore in the future.

One final quibble: the dreams. A house that contains entire kingdoms within its walls is dreamlike enough, but a major portion of the action in this book takes place in long, meandering dream sequences that didn’t do much to move the plot along. These made the action drag.

The High House may not be a perfect, tightly executed novel, but it is a wonderbook, a quest through a beautifully rendered world hidden in the hallways of a house as old as time. In this respect it is simultaneously as new and mysterious as a house you’ve never visited and as familiar and comforting as your own hearth.