My research focuses on the history of astronomy, in particular the life and career of the British astronomer Sir John Herschel (1792-1871). Herschel was the most important natural philosopher of the Victorian period, contributing to astronomy, chemistry, optics, photography, and the philosophy of science during the period in which science moved from the realm of gentleman practitioners to professionalized disciplines. I am interested in relationships between amateurs and professional astronomers during this period, as well as the interactions between science and religion and science and law. 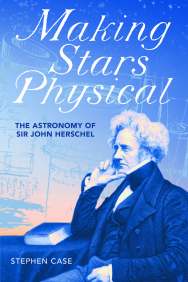 Entry on “Pierre-Simon de Laplace,” in Dictionary of Christianity and Science (Zondervan, 2017).

“‘Insufferably Stupid or Miserably Out of Place’: Frederick A. P. Barnard and His Scientific Instrument Collection in the Antebellum South,” Historical Studies in the Natural Sciences vol. 39, no. 4 (2009): 418–43.

As a graduate student at Notre Dame, I worked as a research and curatorial intern at the Webster Institute for the History of Astronomy at the Adler Planetarium. There I helped create and curate an online database of surviving pre-1750 refracting telescopes. The database received some press in the AAAS’s online publication and on the science and tech website, Motherboard.tv.

My full research CV can be found here.
For more on my research, see my Academia page.