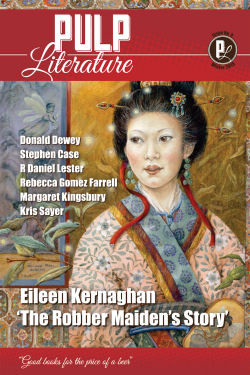 I still place the blame (or credit) on Gene Wolfe’s fiction for setting me on the literary track that led to the all classical pieces of writing that I should have read in high school, if not before. Until reading Wolfe, it had been possible to enjoy science fiction and fantasy and bluff my way through an understanding of the classical allusions writers made at times. With Wolfe’s writings though, this was no longer possible. I realized I needed at least a rudimentary basis of culture to catch what he was often laying out in his stories– or at least, to try to catch more of it.

So I read, among other things, Dickinson’s translation of the Aeneid. What particularly struck me was the story of Palinurus, the faithful but hapless navigator who was sacrificed at the conclusion of Book V to appease Neptune and allow the surviving Trojans safe passage to Italy. I wrote a story based on this episode, but in the strange evolution of ideas the character of Palinurus was replaced by St. Polycarp.

There are metaphors here, to be sure, and maybe I was even trying to make them: Polycarp at the helm of the early Church, perhaps. His journey toward Rome and martyrdom. Maybe it also had something to do with what other books I was reading at the time and the idea (surely misplaced) that could write about an early church father more easily than an early Latin hero.

In any case, I wrote a surrealist retelling of this episode from the Aeneid with Polycarp standing in for Palinurus. It was short, haunting, and (I thought) poignant–but it was also rather eclectic. Indeed, it wasn’t until Pulp Literature’s call went out for especially unique stories– I think the editors said something about “those stories that you’ve been hiding under your bed”– that it found a home and has now seen print.

And what lovely print it is. The folks who put together the print magazine Pulp Literature make it look easy and elegant. Their latest issue– Winter 2015— is now out and on sale, and if you pick up your copy, you’ll find my Polycarp bit, complete with illustrations.

Doooooo it. Support writers (like me). But more importantly, support the lovely people who collect stories and publish them with such love and care.